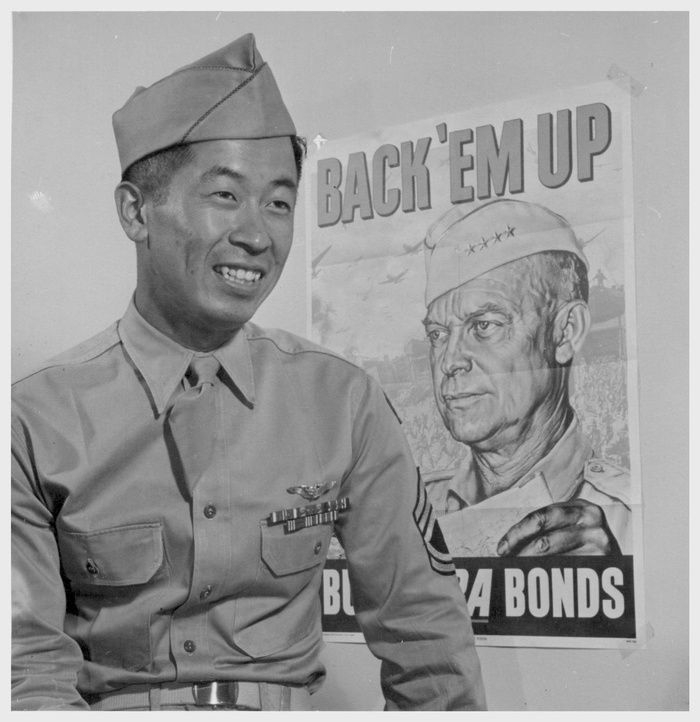 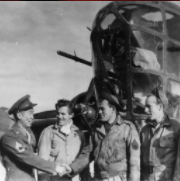 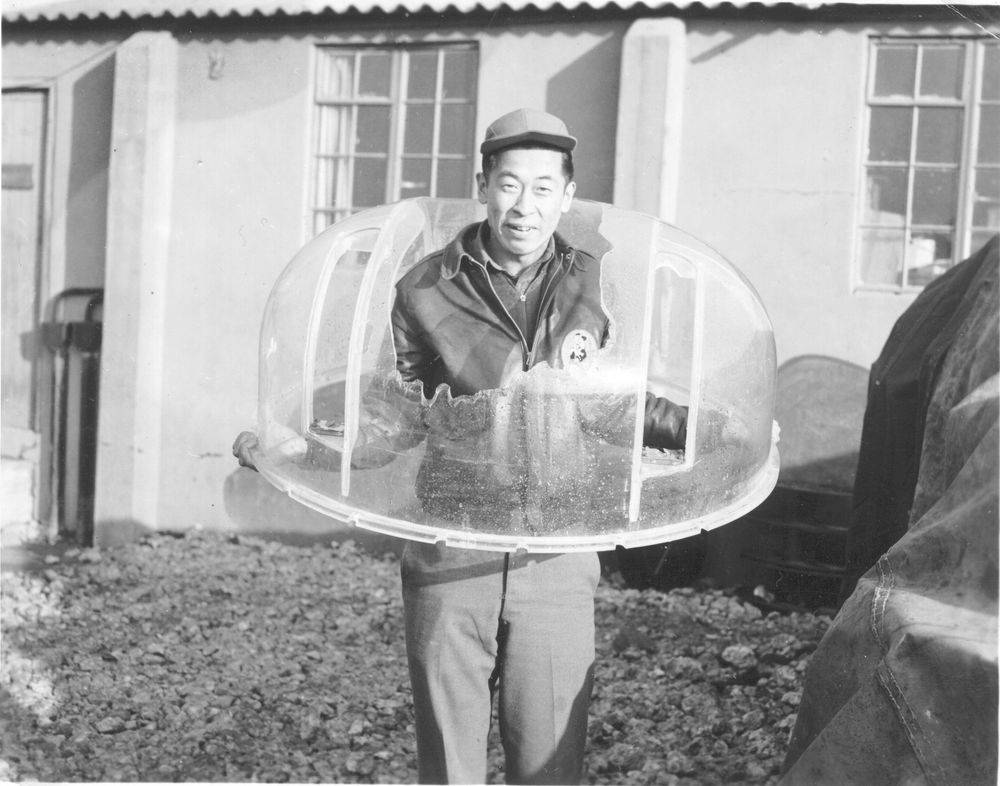 Ben Kuroki, a Japanese American, was born in the Gothenburg/Cozad area in 1917 but was raised near Hershey, Nebraska. After the bombing of Pearl Harbor, Ben volunteered to join the American Army but was turned down because of his heritage. He was later allowed to join the newly formed Army Air Corps, which thrilled Kuroki because he had been taking flying lessons before the war. He wanted to fly aerial warfare against Japan but knew he would never be the pilot, but hoped to be a gunner. Kuroki found his biggest enemy was racial prejudice. The military could not see beyond his Japanese heritage, but fortunately his crew members did. They even named two of their planes for him and walked en masse with him so that someone would not mistake him for the enemy. Kuroki was fighting two battles, one against America’s enemies and the other against racial bigotry. During World War II, he flew as a top gunner on B-24's in Europe and North Africa. Twenty-five missions meant a ticket home but Kuroki signed up for an additional five missions. He took part in one of the deadliest single air combat missions in the war, the low-level raid on the Ploesti oil refineries in Romania. After his thirty missions, he was sent back to the States to recruit Nisei men from the Japanese internment camps to join the 442nd Regiment, which became the most decorated American Army unit during the war. After that brief assignment, Kuroki requested and was granted the assignment he always wanted. He was cleared by Secretary of War, Henry Stimson, to fly as an aerial gunner in B-29's over Japan. He became the only Japanese-American aviator to fly missions directly against Japan and the first Japanese-American war hero. By the end of the war, Kuroki had completed twenty-eight air missions in the Pacific theater of war. With a total of 58 missions, he greatly surpassed the average air crew members, which was only ten to twenty-five. But Kuroki’s war was not over. He decided his 59th mission was to eliminate racial bigotry and to promote American patriotism. Almost all of his numerous speeches over the years have begun or ended with "I am the luckiest dude on this planet, because I was born in America and Nebraska."

Kuroki served as an aviator in three theaters of war and four American Air Forces. During this time, he received three Distinguished Flying Crosses, an Air Medal with three Oak Leaf Clusters and the Distinguished Service Medal. He has been invited to the White House on four occasions between 2006-2008. At one of these visits he received a Presidential Citation. Cal Stewart(now deceased), a former crew member and his son, Scott, wrote and published a small booklet entitled The Most Honorable Son, Ben Kuroki, WWII Gunner - 4 Air Forces: 8th, 12th, 9th, 20th to tell Kuroki’s story. Ben has been honored several times by the Nebraska State Historical Society and Nebraska’s Governors. He was also the subject of a PBS documentary called Most Honorable Son. In November of 2010, Kuroki was invited back to Washington D.C. for the 13th annual American Veterans Center Conference where he received the Audie Murphy Award.